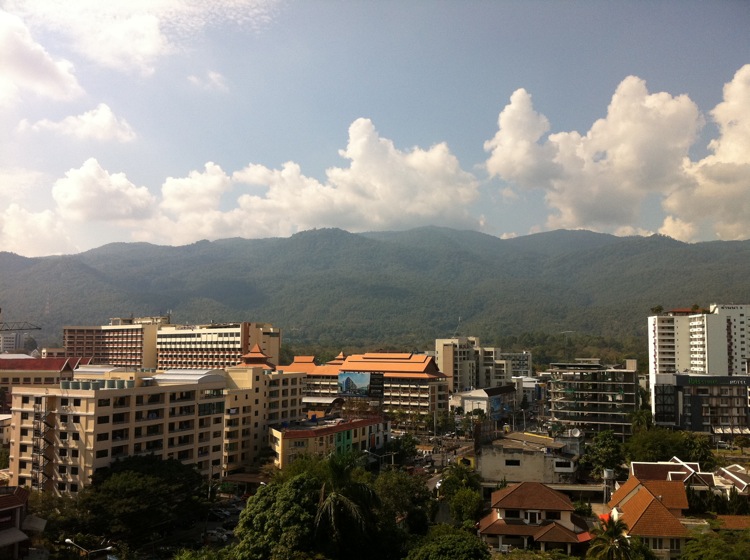 Chiang Mai, Thailand recently made the list of 25 Cities You Should Visit in Your Lifetime. Thailand’s second largest city has been a regular stop on tourist and backpacker itineraries for a while now, and it has also become a prime retirement destination for Americans, Brits, and Japanese alike. The city offers a little bit of something for everyone, whether it be outdoor activities, traditional culture, shopping, food, or nightlife. All of these factors and more make Chiang Mai not only a great place to spend a few weeks, months, or years—but Chiang Mai can also be the ideal location to base your startup business. Here are the top seven reasons why:

There have been many bloggers who have written or debated on the possibility of living in Chiang Mai on a budget of $500 a month. This is more than the average starting salary of a Thai office worker, so it’s certainly within the realm of possibility, although it requires you to drastically change your habits and live like a local. Without giving up much in the way of comforts, however, it’s very easy to live within a budget of $1000 per month. A one room studio apartment could cost you between $100-350 per month, while a lunch of fried noodles or curry with rice is just $1-2.

Having a lower cost of living means you can stretch your money out and create a longer runway for your startup business. If you’re running your company from a physical office, you’ll pay much less for rent and utilities than you would back in your home country. Local office staff can be acquired much cheaper too. Many Thai university graduates would be happy to handle basic office duties for $400 a month.

Thailand as a whole have lower costs of living than most western countries, but Chiang Mai, in particular is a much cheaper place to live than other popular areas of Thailand such as Bangkok and Phuket.

Thailand is in a class above many other low-cost destinations that would fall under the category of developing countries. In India too, you would have very cheap rent, food, and personnel costs—however, you’d also be faced with near-daily power cuts that could cripple your business. Thailand, on the other hand, is a very comfortable place to live with readily available high speed internet and WiFi nearly everywhere you go. You’re never more than a stone’s throw away from a 7-Eleven convenience store or coffee shop with free WiFi, especially in Chiang Mai.

The is a great startup ecosystem fermenting in Chiang Mai. Many aspiring entrepreneurs and digital nomads have made their homes here. There are plenty of opportunities to network with other like-minded individuals who have also chosen Chiang Mai as the place to launch their businesses from.

Chiang Mai is a university town. Everywhere you go you’ll notice young adults wearing their university uniforms, which consist of a white blouse and dark skirt for ladies and a white shirt and dark slacks for the guys. It may seem a little odd at first that university students would wear uniforms at all (Thailand is one of only a few countries in the world that does so), but the pursuit of education is very highly respected here. Aside from Chiang Mai University, this city also has a local branch of Rajabhat University, Maejo University, Payap University, and many others.

All of this means that there is a ready supply of young educated local men and women who could potentially work for you. Whether you need designers, developers, or an accountant, you’ll have no trouble finding someone locally who could fill the position.

Sometimes though, even highly skilled Thai workers don’t have the same qualities that you might find in a worker with a western education. Luckily for you, Chiang Mai is such a pleasant place to live that the city attracts a talent pool of skilled foreigners who will work for much lower rates than they would in Silicon Valley or New York City. Whether you need SEO experts, copy writers, JavaScript developers, or C++ programers, you’ll probably find some great ones hanging around Chaing Mai.

6. Tax-Free Incentives From the Thailand BOI

The Thailand Board of Investments (BOI) has a program in place where they help promote companies in Thailand engaged in certain industries through a number of special incentives, including up to eight years of tax free initial operation for a startup. The process of becoming a Thai BOI promoted company is a little bit complicated, but it can be well worth your time to investigate as a possibility. In addition to tax benefits, you may be able to secure majority foreign ownership rights to a company registered in Thailand (foreigners are usually restricted to 49% ownership in a regular Thai company).

And finally, Chiang Mai is simply a great place to live. If you’re coming from a country with harsh winters you’ll appreciate the mild cool season in Northern Thailand and the summer-like temperatures that last for the other nine months of the year. Chiang Mai is surrounded by green mountains and despite a lack of public parks it’s a very green city with lots of trees and tropical flowering plants all over the place.

There is an abundance of fresh fruit available year-round, many varieties of which will be completely new to you and your taste buds. Thai food in general is quite delicious as well, but if you do have a hankering for other cuisines they are easily found. 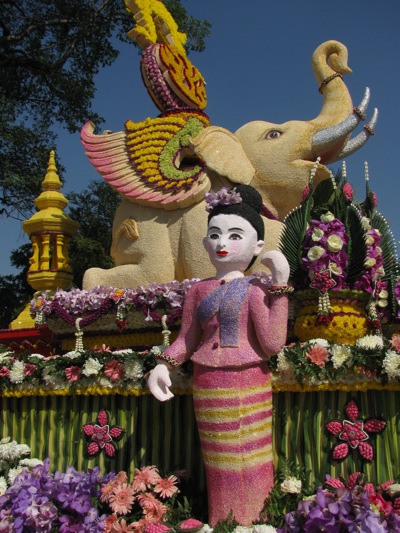 Chiang Mai is a city rich in cultural experiences and offers residents many ways to enrich their life during free time by learning such things as meditation, yoga, Muay Thai kickboxing, traditional Thai massage, and Thai cooking just to name a few. The calendar is dotted with many colorful festivals such as Songkran, Loy Krathong, Chinese New Year, and the Flower Festival.

Many regional tourist destinations are just a short discount plane ride away. It’s quite easy to take short trips to places like Angkor Wat, Singapore, Bali, and Phuket. If you start missing the snow in winter there are even daily direct flights from Chiang Mai to Seoul on Korean Air.

Chiang Mai hits the sweet spot when it comes to the size of the city. It’s big enough to have lots of activities, shopping, cinemas, restaurants, etc—yet it’s small enough to easily drive around town on a scooter. And if you happen to be a coffee drinker, you’re bound to fall in love with more than a few of the city’s many coffee shops.

Last but not least, Thai people—and the Lanna people of Northern Thailand in particular—are known for their friendliness and beautiful smiles. If you could choose between starting a business somewhere where people are uptight and grumpy or someplace where the population is easy going and cheerful, who wouldn’t want to choose the happier city?