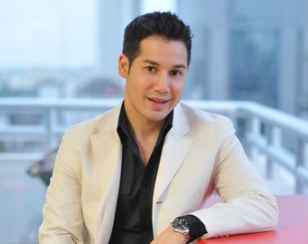 Self-described serial entrepreneur Paul Srivorakul took an unlikely path to becoming a business tycoon, having studied Anthropology at UC Berkeley. But not long after graduating, he got the entrepreneurial bug and convinced his brothers to move back to their native Thailand in order to try their hand at bootstrapping a tech startup.

Three successful exits later, Paul is now taking on a mentor role for the next generation of Southeast Asian entrepreneurs. He speaks regularly at startup events in the region, and will soon make another appearance at Startup Asia Tokyo 2014. Paul is currently the Regional CEO of aCommerce, a complete e-commerce solutions provider for Southeast Asia. He is also Co-Founder and Chairman of Ardent Capital, an early-stage private capital fund for Internet startups in Southeast Asia.

Life Lessons that Helped When Bootstrapping a Tech Startup

With the ever-growing cost of higher education, many are now starting to question if a university degree is a worthwhile investment for someone aspiring to start their own business. Even though he studied Anthropology, Paul thought his university education was a valuable experience for later in life.

He believes college teaches you how to be resourceful and shapes you as you get older. If you’re a doctor, engineer, or programmer, then your degree will come with more practical job training, of course—but regardless of your field of study a university education isn’t useless.

Paul moved out to Thailand in 2001, spent some months learning Dreamweaver, and started out doing freelanced web development. He then convinced his brother to quit a job at Apple and join him. Without much funds to start with, the brothers were resourceful. They made an arrangement with a media company to work three days per week managing the company website in order to have use of desk space the other two days per week to build out their own business.

Three Successful Exits in a Span of Nine Months

Their first big break came when Microsoft was looking for a representative for MSN in Thailand. The brothers were able to scale the business up from $150,000 to $2.5 million per year. They turned this success into Newmedia Edge, their first real company, which was acquired in December 2011 by STW Group.

Their experience with Newmedia led to the creation of the ad network Admax, which was acquired by Komli Media in February 2012. His third company, Ensogo is a coupon discount site that he co-founded in 2010 with his two brothers John and Tom Srivorakul. Ensogo was able to raise over $2 million from investors and was acquired in June 2011 by LivingSocial.

Paul co-founded Ardent Capital in 2012 as a private investment fund, and quickly found that there was a lack of quality entrepreneurs to invest in. So initially, the fund has focused on building businesses from the ground up. They are, however, actively looking for new companies to invest in.

He said that the three main things he looks at when considering a potential investment are Market, Team, and Product. From his experience, he can see if a company has potential for an exit opportunity. Another thing that he looks for is defensibility—for example, if there is a localization component that reduces the likelihood of someone else rushing in and copying the business. It is a big advantage if the only way that an outsider could effectively get in the market is to acquire the company. As far as products go, he looks for companies in which the product is solving a big problem. He’s says that he’s not so interested in untested ideas that are way out in left field.

aCommerce is a Game-changer for e-Commerce in the Region

aCommerce was founded in 2013 after discovering that the need for quality fulfillment services was a recurring theme among e-commerce startups in the region. It has made big waves within a short time of entering the market—opening offices in four countries and raising over $10 million in Series A funding. Most recently, aCommerce made headlines when Thai telecom giant AIS selected them to be their e-commerce solution provider.

aCommerce is solving a very difficult problem with full end-to-end fulfillment services—warehouses, call-centers, and delivery. Paul says that traditional logistics services such as FedEx are not set up in the region for the type of fulfillment that e-commerce needs. They are set up to move pallets of large orders from one place to another, not to move thousands of individual orders to buildings in out-of-the-way sois and people’s apartments. Delivery with these companies may take 5-7 days, but aCommerce can do next-day delivery.

Paul says that this will help encourage a complete market shift, because right now, logistics is the bottle-neck that has been holding back e-commerce in the region. With improvements in fulfillment, consumer demand for e-commerce will grow. Once retail companies start seeing that they are making money from e-commerce, then that further increases the market for online retail advertising and other areas.

Their goal is for aCommerce to have an IPO within 5 years. They would also like to create an opportunity for many others to exit through aCommerce.

Paul feels that so far Thailand’s Board of Investment has been fairly lenient on tech companies as compared to other sectors. The BOI company setup has been a very useful structure, and all of his companies have received BOI promotion. Still, he hopes that they will craft policies to encourage a greater number of regional investors to setup companies in Thailand instead of turning to Malaysia or Singapore where the company setup is a smoother process.