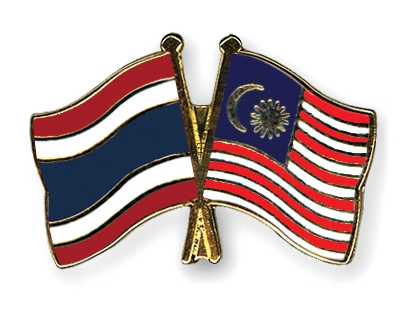 Thailand and Malaysia are a pair of emerging Asian “Tiger Cub” economies that each have their own system for encouraging foreign investment. To attract foreigners to set up businesses in each country, we have the Thailand Board of Investment (BOI) promotion one one side and the Malaysia Labuan Company on the other. Each of these types of company setup has it’s own specific advantages, so if you’re thinking about moving to Southeast Asia and starting up a company, it’s good to compare these two setups—along with the other advantages and disadvantages of living and working in each country.

First off—the basics. What exactly is a Thailand BOI promoted company and a Malaysia Lauban Company?

The Thailand BOI has authority to promote companies that it deems will be beneficial to the country by allowing special privileges and tax benefits that normal Thai companies don’t get. These include a Corporate Tax holiday for up to 8 years, elimination of VAT duties on import of machinery, and giving exceptions to restrictions on foreign ownership. The BOI is promoting heavily in the manufacturing and high tech sectors, especially where there can be displayed a transfer of technology to Thai people and employment of Thai workers in these areas. The new chairman of the BOI has also indicated that projects applying for BOI promotion should be green and not damaging to the environment.

Getting a BOI company set up requires going through several steps that could take between 2-6 months. You’ll need to have a minimum of three company shareholders with a minimum capitalization of one million baht. However, only 25 percent of this needs to paid initially, with the rest required to be shown within the first three years of operation. You will also most likely need to apply for and obtain a Foreign Business License particularly if a foreigner is a majority shareholder. The benefits are you’ll be able to obtain visas and work permits for foreign employees and shareholders, and the BOI has authority to grant exceptions to the 4:1 Thai to foreigner employee ratio that is required for obtaining work permits in regular Thai companies.

With a Thai BOI promoted company, you can enjoy operating tax free during the crucial startup phase of your company while based in a country with relatively low overhead and payroll costs. For example, you can find local software developers straight out of university for under $500 per month, and even those with 5+ years of experience are available to hire for $1000 per month. Rent for office space will be much less than it would be in the US or other developed countries. Also, you can extend your runway greatly by paying yourself a much smaller salary than you’d need to live on in a western country. Most people could live quite comfortably on $1000 a month in a city like Chiang Mai while still enjoying a good life—eating fresh tropical fruit everyday, going out to enjoy movies, having drinks with friends, getting massages, great coffee, trips to the beach using cheap local flights, etc.

The island of Lauban is a federal territory just 8 km off the shore of Borneo in Eastern Malaysia. Under the Labuan Companies Act of 1990, residents and non-residents of Malaysia alike are permitted to establish Labuan companies. These companies are intended to bring in foreign capital and turn Labuan into a major offshore financial center in the region. One of the key features of a Labuan company is that they must conduct business a currency other than Malaysian Ringgit. One of the main benefits of a Lauban company is a low Corporate Tax on net profits of either 3 percent with an annual audit or a flat RM20,000 annually with no required audit. A Lauban company is also quick to set up and requires virtually no capitalization. A single individual can act as both the director and single shareholder, and there is a minimum of just one share required, with no restriction on share price. This means that a Labuan company can be established with just $1 of paid up capital. There is also a minimum registration fee of RM1500 that needs to be paid, but the registration process is relatively simple and can be completed in about a week.

A Lauban company is not required to maintain a physical office, which makes it an ideal company setup for e-commerce and consulting businesses. This company setup is also well-suited for import and export businesses, for which no trade licenses are required. Labuan companies are exempt from VAT and  Sales and Service Tax, and there is no Withholding Tax for interest and dividends. Those with a Labuan company are able to apply for a 2-year, renewable business visa that allows them to reside in Labuan or anywhere else in Malaysia.

The Labuan company is quicker to get set up and requires minimal paid capitalization, while the Thailand BOI company has the advantages of a 0% Corporate Tax rate and the possibility of hiring a larger number of Foreign employees. One also has to consider the potential advantages and disadvantages of basing yourself and your business in either Thailand or Malaysia. Thailand has an advantage in overall lower overhead costs, employee salaries, and cost of living expenses. Malaysia has slightly better infrastructure and a larger portion of the population with good English ability.

If you work to live and not live to work, then you may enjoy being in Thailand more. It would be hard to disagree that it is the more fun-loving and laid back of the two countries. Thailand is one of the biggest international tourist destinations for good reason. It has excellent beaches, fantastic food, charming people, and an interesting Buddhist culture. Malaysia is predominantly Muslim, so alcohol is heavily taxed and the local people don’t party as hard as the Thais do. While it is true that Malaysia also has some beautiful beaches of its own, you may find the number of tourists wearing burkas outnumber those in bikinis. One thing Malaysia does have is plenty of great Indian food thanks to the sizable minority of the population of South Indian descent.

If community and finding a crowd of like-minded people is important to you, then this could also influence where you decide to establish a new business from. Both Kuala Lumpur and Bangkok have large expat communities, but you’ll probably find a larger number of western entrepreneurs calling Thailand their home.