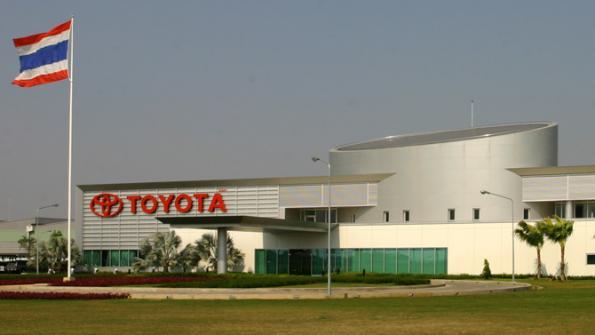 The first meeting of Thailand’s new Board of Investment (BOI) was held on Wednesday, June 18. After taking over control of the country in a military coup, Gen. Prayuth Chan-ocha assumed chairmanship of the new 18-member board. The old BOI had accumulated a backlog of projects awaiting approval. Mirroring the quick action it has taken in other areas of governance since coming to power, the military jumpstarted administration of the new BOI by approving new projects worth 120 billion baht, or approximately US$3.7 billion.

This comes after the junta successfully distributed—in a matter of weeks—nearly 90 billion baht in overdue payments to about a million rice farmers who had failed to receive any compensation for many months from the previous government when the funds from a controversial rice-pledging scheme were mismanaged and mysteriously dried up.

The biggest winner in the announcement from the BOI was Toyota Motor Corp, which is planning to spend 51.5 billion baht to expand its production of pickup trucks and parts.

The projects winning approval were mostly industrial in nature. Some of the other projects receiving approval included:

The project approvals are a welcome shot in the arm to the Thai economy after approval for BOI projects had reached a backlog under the previous government of former Prime Minister Yingluck Shinawatra.

The good news for investors is that this is just the beginning for the newly revamped Thailand BOI, which plans to continue to support both domestic and foreign investment in the country.

General Prayuth listed four principals that he thinks investors should be mindful of:

The announcement of the newly approved projects is encouraging for the future of investment in Thailand. Applications for BOI projects had dropped by 42% during the first five months of 2014 while the political deadlock brought uncertainty and slowed progress down to a halt. But with the military government keen to get the economy moving again, we can expect to see more action being taken by the BOI in the coming months.