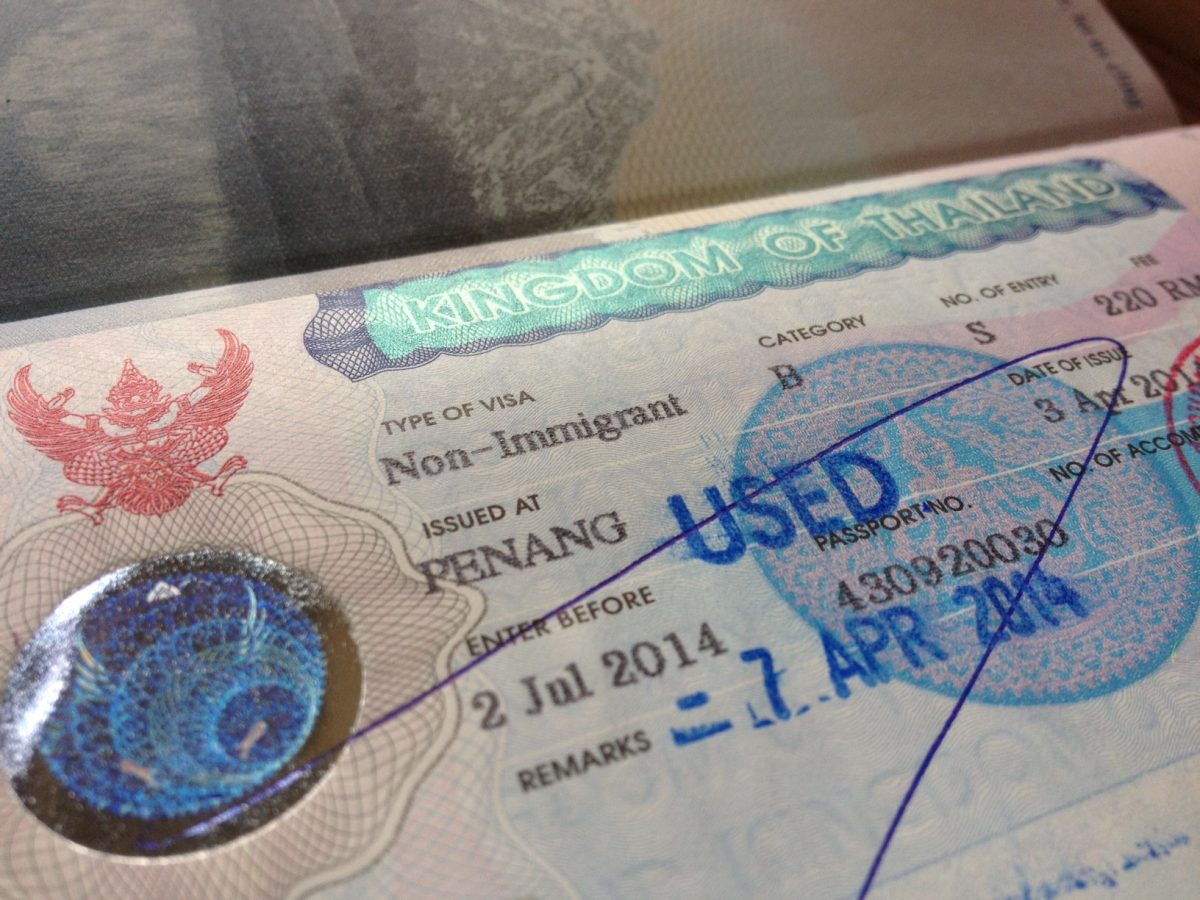 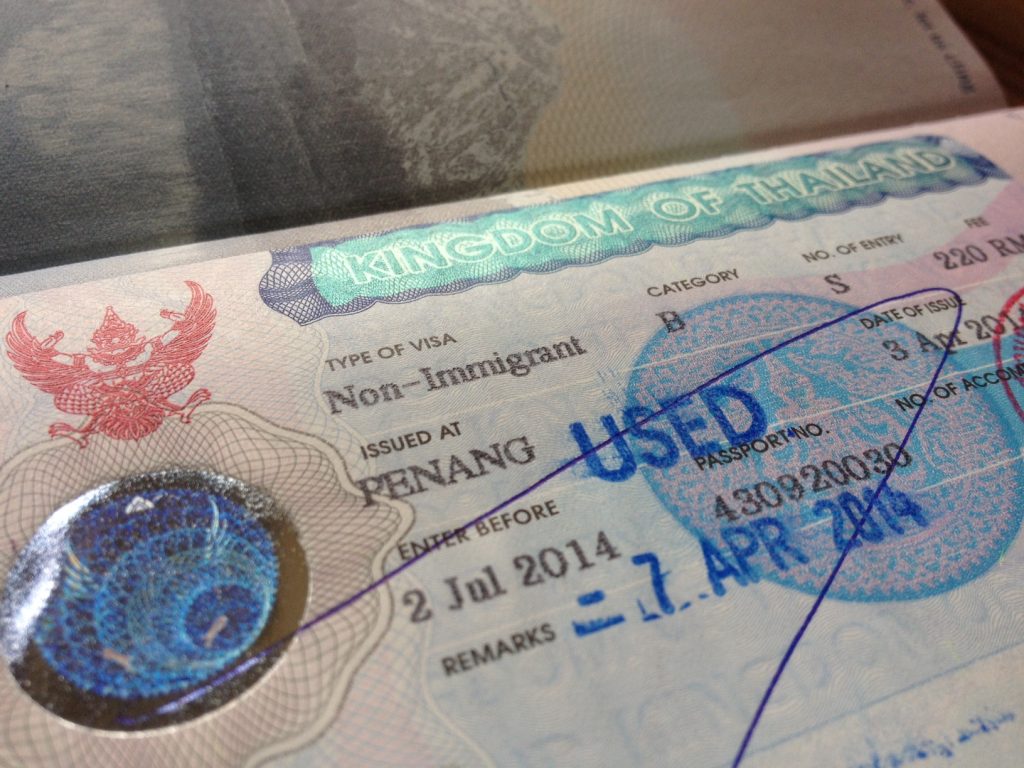 Crackdown on Visa Runs at the Malaysian Border

According to news reports from the popular web forum Thaivisa, foreigners with valid 60-day tourist visas have been denied entry into Thailand at land border crossings with Malaysia. The one thing that all of the foreign nationals had in common was that they had many back-to-back tourist visas and 30-day visa exempt entries in their passports.

The assumption being made by the immigration officers at the border is that these people are not “legitimate tourists,” and that they have probably been working in the Kingdom illegally while staying on a series of tourist visas.

Apparently the border officers don’t actually have any problem with these people entering the country—they just don’t want to be the ones who let them in—because the foreigners refused entry were instructed to travel by land to Kuala Lumpur and fly in to Thailand, with the assumption that they will have absolutely no trouble passing immigration at the airport.

To complicate matters somewhat, at the Sungai Kolok border checkpoint, officers said that they will not allow anyone from the following four countries enter: South Korea, Vietnam, Laos, and Russia. One has to think that the number of people from these four nations who had been continually entering on back-to-back tourist visas must have been incredibly large for them to simply not allow anyone from these countries to pass through their border crossing regardless of what type of visa they have.

Not a Tourist Beyond 30 Days?

According to the officers, the rule now being applied for people not from the four previously mentioned countries is a maximum of one 30-day entry stamp or one tourist visa and no previous tourist visa extensions. One anonymous officer was quoted as saying, “You are a tourist for 30 days, not more.”

Many foreigners, who either stay in Thailand or are frequent visitors, are worried about how the new policy will affect them. There are a variety of people with many different situations who could be affected by the new rules—which were earlier announced to take effect starting August 12, but apparently have been implemented sooner at the Malaysian border crossings.

The main targeted group, of course, are those foreigners who stay in Thailand long-term without having a long-term visa in order to do some type of work inside the Kingdom that they can’t legally acquire a visa to do. There are many diving instructors and unlicensed tour guides who fit into this category. Another large group in this category is English teachers who work for schools that refuse to give them the minimum number of working hours or the minimum salary to qualify for a business visa and work permit. Many of these operations might suddenly find themselves with a shortage of staff if the new rules are implemented at all border crossings. A long-term solution to their problems, however, probably rests more in the hands of the Ministry of Labor to push for reform of current labor laws that would allow foreigners to more easily work legally in areas where there is an obvious demand for their services.

Another group that would appear to be affected are legitimate long-term tourists. The immigration officer’s claim that somebody can be a tourist for only 30 days is remarkably close-minded. To start with, Thai embassies and consulates around the world currently issue 60-day tourist visas. If somebody can’t be a real tourist beyond 30 days, why would they ever have offered 60-day tourist visas in the first place? The truth is that many, many visitors from around the world are attracted to come and spend a good deal of time in Thailand as long-term tourists.

The dictionary definition of a tourist is “a person who is traveling or visiting a place for pleasure.” There are many good reasons to spend more than 30 days in Thailand as a tourist. Thailand is full of activities and interesting places to see. Plus it has plenty of great beaches that have a way of making you feel like staying around. It’s common in several countries for young people to take a “gap year” off from work or study in order to travel the world. With a relatively low cost of living and pleasant climate, Thailand is a natural choice for spending several months at.

Besides young backpackers, there are also many frequent visitors to Thailand who have plenty of money to spend from their home country—either through investments, savings, or business—who do not feel they fit into any of the other visa categories. If they are genuinely coming to Thailand because they enjoy it here, surely that makes them tourists regardless of how long they stay or how often they return.

Oil rig workers are yet another group that are concerned about how the new rules will be enforced. They typically switch between periods of 4-weeks work on the rig and 4-weeks of holiday on land. Many of them have been spending most of their holiday time in Thailand for periods of 3 or 4 weeks every couple of months, using the 30-day entry stamp each time. Many have even established homes and families here, but when in Thailand they should technically be considered tourists because they are not here to do work. Are they going to be no longer welcomed?

For those who wish to stay in Thailand long-term, there are several options, but four seem to be the most popular.

A retirement visa is only an option for those over 50 years old who match the financial requirements. For those able to park a large sum of money in the bank and who also have a Thai spouse, it’s possible to get a type-O visa based on marriage. An educational visa can be extended for a full year at a time, and is an option for some, but those on this visa are not legally allowed to work and are supposed to attend a minimum of 80 percent of their classes for the period of study.

Then there is the type-B visa for work. The most common job for foreign nationals with this type of visa is English teacher, but there are actually many other jobs that can be done. Many people are not aware of the range of possibilities for a B visa, probably because they tend to focus on all the professions that foreigners are restricted from practicing in order to not take away jobs from Thai people. However, if you have some special skill, there are many jobs that foreigners can still take up—you just have to know where to look.

One such type of job is working as a developer for a software outsourcing company that has a certificate from the Board of Investment (BOI) and approval to hire more skilled foreign workers than the usual 4:1 Thai to foreigner ratio that most Thai companies must comply with.

For those people with some money to invest, there is also an investment visa. Quite a few foreigners start a company in Thailand with 51 percent of the shares in somebody else’s name just in order to get a B visa and work permit, without really trying to create a company that is going to succeed. However, for those who actually have ambition to start up a viable business, the advantages gained by receiving BOI promotion can make the difference between success or failure during the initial startup period.

One other option that may appeal to foreigners with a little bit of money to spend is the Thailand Elite Card scheme that was first introduced by ex-Prime Minister Thaksin Shinawatra in a attempt to attract more higher-spending tourists. Under the current conditions of the scheme, a 5-year membership costs 500,000 baht and gives the cardholder a 5-year multiple entry visa plus other special privileges such as VIP treatment at the airport limo rides to their hotel. For 2 million baht, a 20 year membership is available that includes extra services such as golf outings and spa treatments (both up to 24 times per year) and an annual health check-up. The 20 year membership also allows for a renewable 5-year multiple-entry visa, but comes with an additional 20,000 baht annual fee.

The Elite card might be a good option for some, but if you ask around, there are not many who are confident that the scheme will not be cancelled, as it has already been cancelled once before being resurrected. However, with Immigration now looking like it will make it more difficult for people to spend a long amount of time in the country on tourist visas, the Thailand Elite program might find an increase in membership, especially among those who are single, under 50 years old, and not lacking for funds.

Driving a great number of long-term and frequent foreign visitors out of the country will not be good for Thailand’s economy. So we have to hope that the Immigration Bureau—along with the Ministry of Labor— will settle on a clear set of policies that are both fair and intelligent. In the meantime, if you want to stay in Thailand long-term you should consider some of the options listed above.